Two new paintings which I've realised that I haven't blogged yet! Tawny Autumn shows a tawny owl in full flight in front of a massive harvest moon. Although we are now well into the joys of spring only autumn colours will do for a tawny owl. I've had a 'tawny with the moon' portrait in my head for a long time now, as part of my series of Moon Animals, but somehow it just wanted to fly, so the owl got smaller and the moon got more important. I'll be showing the original at the Kimpton Art Show later this month: 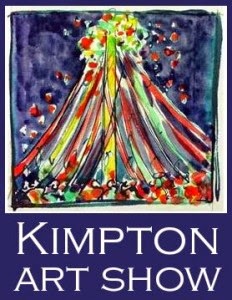 This is a wonderful local exhibition which features a wide range of art in Kimpton's beautiful old parish church. You also get the Kimpton May Festival thrown in as part of the fun!

My second painting, Heart of the Yew, shows an Ancient Yew's gnarled and split trunk, showing us its heart and inner life. Bright berries and evergreen leaves surround it to show that the Yew symbolises eternal renewal. As it seemingly dies in the middle, the Yew grows ever outward, rebuilding its trunk from the outside and re-rooting itself into the ground with its hanging branches. The oldest and wisest of trees. Behind it life's endless cycles are shown by a dark, crescent and full moon. I've written my usual four line verse to go around the border:

Seek the blessings of the Ancient Yew,
whose gifts are old but ever renewed.
whose heart first grew as the tall stones rose,
now hollowed as a grail for you. - SW

Fine Art Prints of both paintings are already available from my website www.suewookey.com.
.
Posted by Sue W at 17:21 No comments: